Skip to content
Home>Entertainment>David Guetta On Life In Music, Let’s Love With Sia, And The Pandemic – Exclusive Interview
Entertainment

Winner of multiple awards for club music and music producing, including the Grammy Awards, MTV Video Music Awards and Billboard Music Awards, David Guetta recently released a new single titled Let’s Love with Sia, his best collaborator. Especially relevant in the pandemic, where most people are at home in the lockdown and need courage to go on, Let’s Love offers hope. FilmiBeat speaks to David Guetta on Let’s Love and his successful association with Sia, his music in his early days, and the living in the pandemic with peace and love for all.

Known as the ‘Grandfather of EDM’ (electronic dance music), David Guetta is one of Top 10 disc jockeys (DJs) in the world, transitioning to record producing and collaborating with the foremost artistes of our time like Lady Gaga, Rihanna, Britney Spears, Pitbull, Nicki Minaj, and, of course, Sia, among several other renowned names.

“When I decided to become a DJ, there was no money or fame in this line of work. I was ready to risk and sacrifice my life just because I wanted to do something I really enjoyed and I’ve been lucky because it became huge. To be willing to take those risks, you have to work with passion and give your 100 percent,” says David Guetta to FilmiBeat.

Excerpts from the exclusive chat with one of the most followed and loved music people of our times, David Guetta.

You’ve said that during this time of isolation, you’ve been incredibly inspired to release music that has an uplifting energy. Do you feel music has the power to heal? What were the thoughts in your mind while creating Let’s Love?

This time is difficult for all of us. It’s been over six months since the world has been brought to its knees by the pandemic. Living in isolation is hard, which is why we wanted to do something that gave people hope and spread love. We want to remind people that it’s a hard time for everyone and we need to come together instead of playing the blame game or turning against each other.

You have had the most successful musical partnership with the incredible artist Sia, with eight collaborations and record-breakers like Titanium, Flames, She Wolf, and now Let’s Love. What is it about Sia the artist that inspires you to create chartbusters together that are still on people’s playlists years later?

I love working with Sia. She is crazy talented, not only is her voice absolutely incredible, she is also a really talented songwriter. I asked her if she wanted to create another song with me, because I felt like the world needed more feel-good music. Sia actually wrote Let’s Love in less than 24 hours! Titanium changed both of our lives, Sia became even more successful but she always stayed very loyal to me and I appreciate that a lot.

You’ve produced the iconic I Gotta Feeling with The Black Eyed Peas, and also collaborated with Lady Gaga, Rihanna, Britney Spears, Pitbull, Kelly Rowland and Nicky Minaj, among others. Who are the other artists you would want to make music together with?

Morten! (DJ Morten Breum) He’s a great producer and someone I love to work with. I think Joel Corry is definitely one to watch as well!

Going back to the beginning of your career, what attracted you to DJing and later EDM and house music?

When I decided to become a DJ, there was no money or fame in this line of work. I was ready to risk and sacrifice my life just because I wanted to do something I really enjoyed and I’ve been lucky because it became huge. To be willing to take those risks, you have to work with passion and give your 100 percent.

Were you always into EDM and some Pop music? What is the first song you made? Have you ever made a pure ballad or plan to?

A lot of people know my first song as being Just a Little More Love, but the real first one is actually a hip-hop record. At the end of the ’80s, I was a hip-hop DJ and doing DMC-style scratching competitions. I did a tour in France and the contest was battles of rappers and the idea was for Island Records to sign rappers. This is like, 1989. I would DJ and scratch, and people would rap on the top. What happened is that this was such a success, when I came back from the summer tour Island was like, ‘You need to make a record.’ I was like, ‘I don’t know if I can make a record.’ They put me in the studio, and I had no idea what I was doing. I did manage to do something with this French rapper. If you want to have a good laugh, go to YouTube and search ‘Nation Rap’. It’s really hilarious.

How and where have you spent time in the pandemic? Apart from creating music, have you learnt anything new in this period? A new hobby?

The lockdown has been a very productive period for me. It gave me a chance to really focus on my music; at the beginning of the pandemic I was working on new music almost everyday. I also loved spending more time with my kids, it actually was my first summer staying at home with my family. So the whole situation definitely allowed me to spend more time producing but also to enjoy my family. 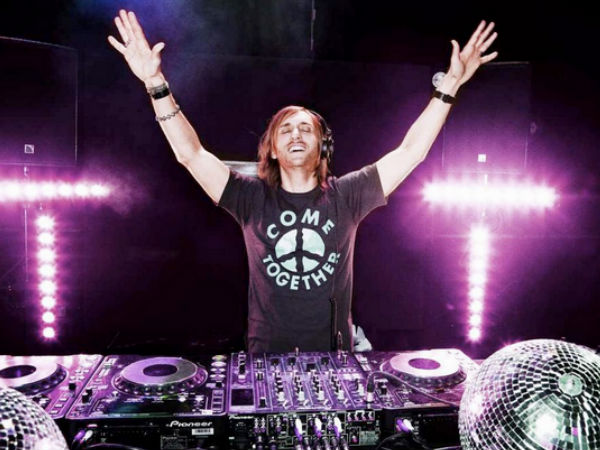